India Air Force has the primary objective of safeguarding Indian territory and national interests from all threats in conjunction with the other branches of the armed forces by defending Indian airspace. Take a look at the India Air Force right here! 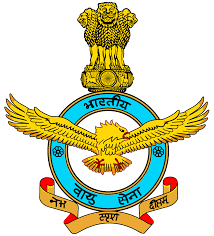 The Indian Air Force is the air arm of the Indian armed forces. It is the world's fourth largest air force. Its primary responsibility is to secure Indian airspace and to conduct aerial warfare during a conflict. It was officially established on 8 October 1932 as an auxiliary air force of the British Empire and the prefix Royal was added in 1945 in recognition of its services during World War II. After India became independent from the United Kingdom in 1947, the Royal Indian Air Force served the Dominion of India, with the prefix being dropped when India became a republic in 1950. Since independence, the IAF has been involved in four wars with neighbouring Pakistan and one with the People's Republic of China. Other major operations undertaken by the IAF include Operation Vijay, Operation Meghdoot, Operation Cactus and Operation Poomalai. Apart from conflicts, the IAF has been an active participant in United Nations peacekeeping missions.

So this was all about  "India Air Force ". Don’t hesitate to comment below if you have any questions