5 Indian Army Operations That Will Fill You With Pride

Update: Indian Army conducted surgical strikes against terrorist camps in PoK on the night of 28-29 September. The strikes, conducted in six sectors, were carried out by the elite para commandos of the Indian Army. These Heliborne strikes were carried out across a 3 km area across the LoC on the Pakistan side and Indian commandos destroyed six-eight terrorist camps. Indian Army confirmed that heavy casualties were inflicted on the enemy, including the Pakistan Army soldiers. The forces on the western front are on high-alert and ready to stand up to any misadventure from Pakistan.
India's operation across the border in Myanmar isn't the first that the Indian Army has conducted. Take a look some of the most important operations in the army's history. 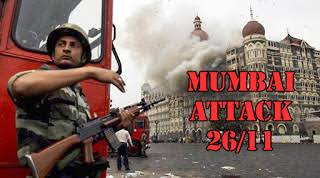 During the terrorist attack on Mumbai, the NSG commandos slithered down from helicopters and stormed Nariman House. They rescued 9 hostages from the building on the first day. Meanwhile in the Taj and Oberoi hotels, the commandos exchanged gunfire with the militants and managed to rescue 300 and 250 hostages respectively. Major Sandeep Unnikrishnan and Havaldar Gajendra Singh Bisht made the supreme sacrifice. 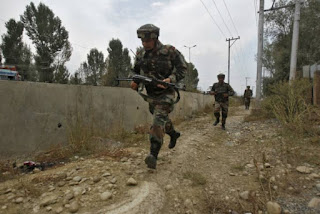 In the summer months of 1999, the Pakistani Army infiltrated Indian territory and seized strategic locations. Once discovered, the Indian Army and Air Force launched Operation Vijay which involved close to 35,000 Indian soldiers. Many brave sons of the soil laid down their lives in the process, and heroes like Anuj Nayyar, Manoj Kumar Pandey and Vikram Batra became household names.

An attempted coup by the rebels from Maldives along with People’s Liberation Of Tamil Eelam was thwarted by Indian Armed Forces. President Gayoom requested assistance from India, and the operation began when the Indian Air Force landed with soldiers of the parachute regiment at the Male Airport. The control of the capital was restored within hours. The mercenaries tried to flee on captured boats but were intercepted by Indian Navy frigates. 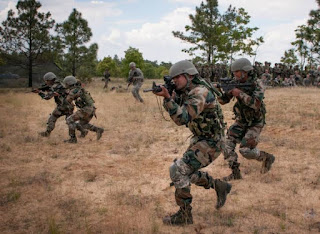 The Indian Peace Keeping Force took control of the Jaffna peninsula from the LTTE, that the Sri Lankan army had been unable to. The Indian troops were supported by armoured and helicopter gunships. Amphibious operations were also conducted against the LTTE base in Guru Nagar. It took two weeks of intense fighting to take over Jaffna, and for the beginning of a three-year campaign to restore peace in Sri Lanka. 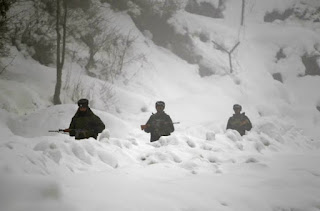 With the control over Siachen Glacier not clearly demarcated in the Shimla Agreement, both sides allowed mountaineering expeditions from their sides. Pakistanis decided to stake their claim with military deployment in the area to which India countered with Operation Meghdoot. It led to the capture of various features like Saltoro Ridge and Bilafond La. Subedar Major Bana Singh was awarded the Param Vir Chakra for his daring daylight capture of Bana Post, now named after him. Siachen Glacier is the highest battlefield in the world and the Indian Army today controls the entire glacier and its tributary glaciers.

So this was all about the "Indian Army Operations" .Don’t hesitate to comment below if you have any questions.